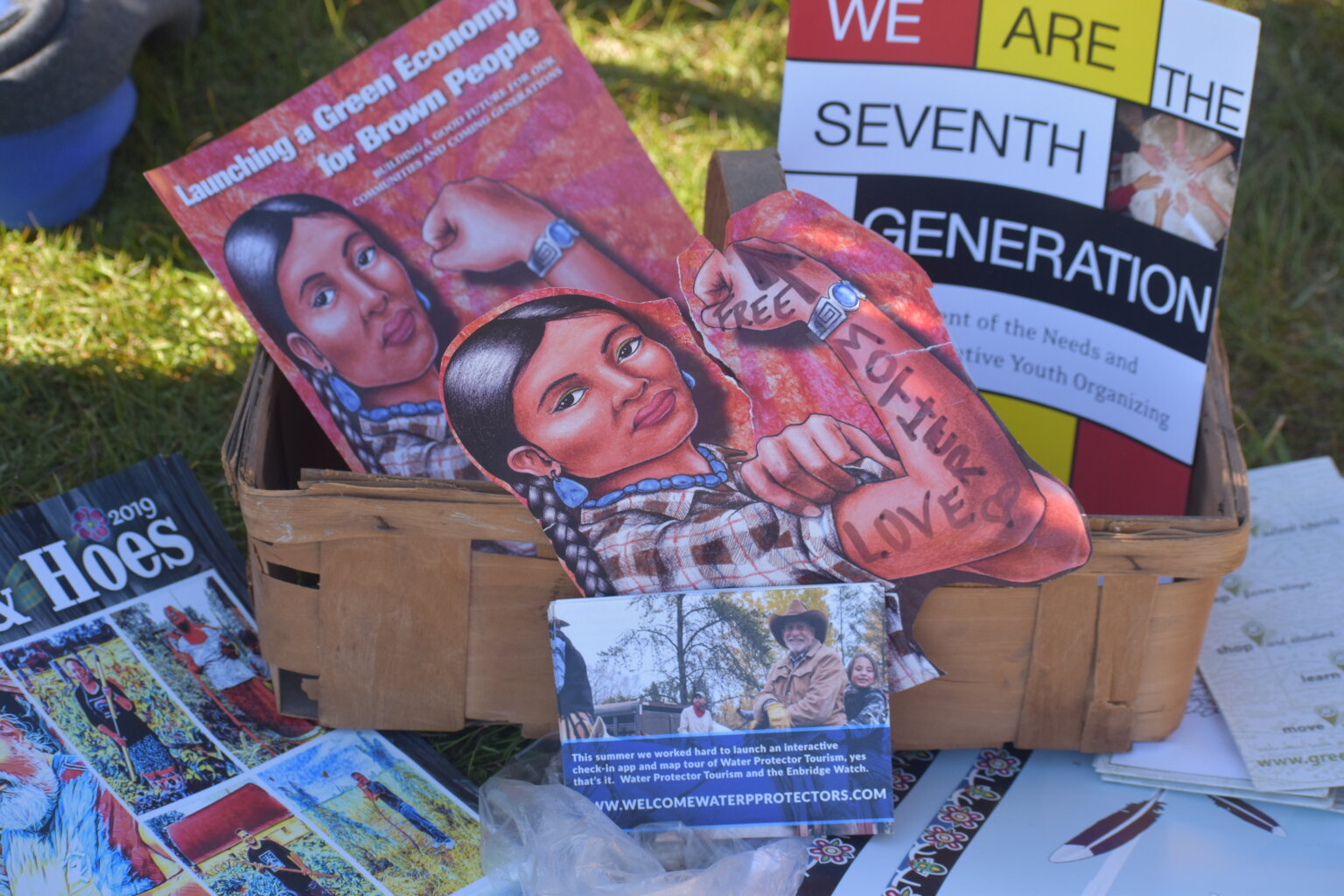 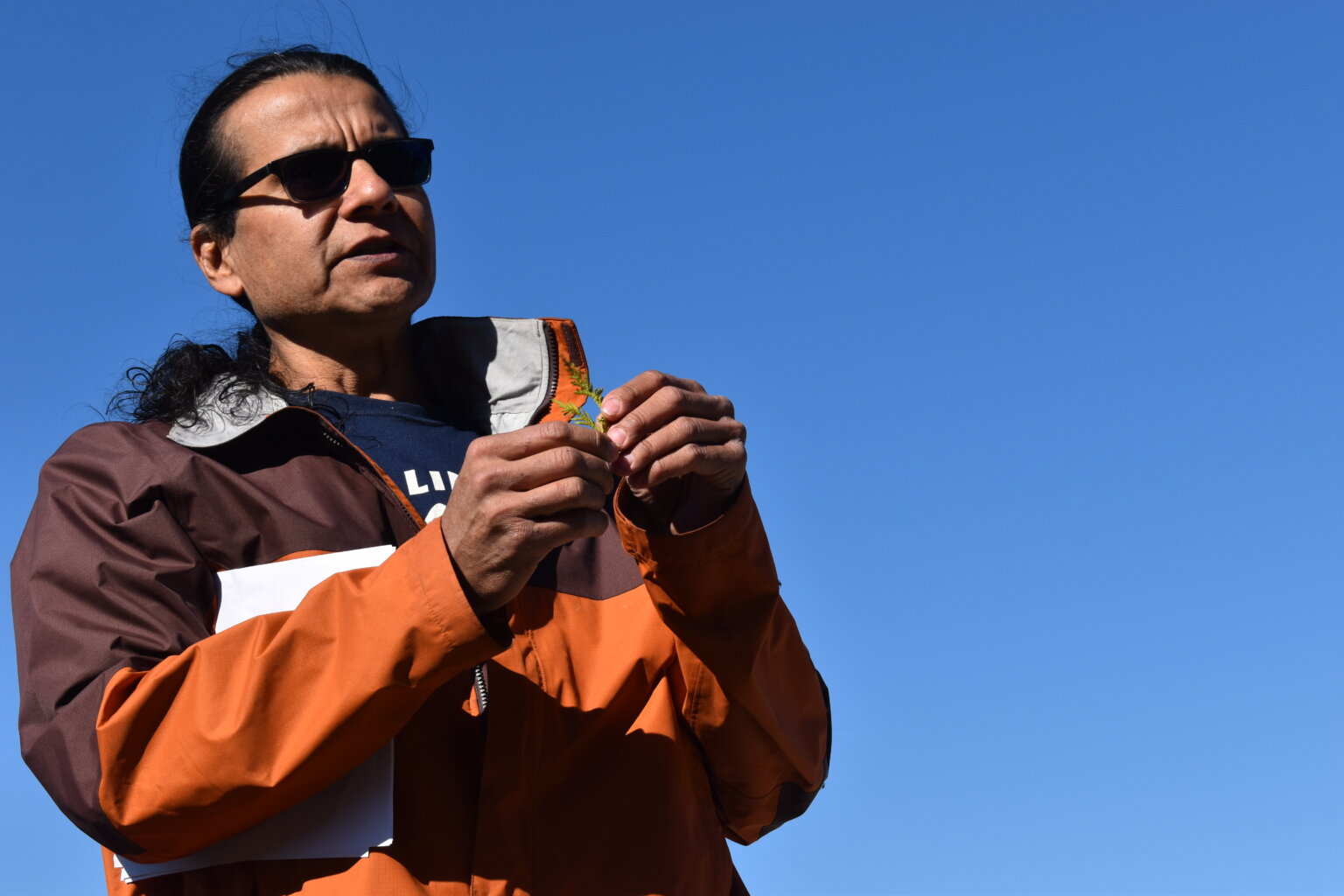 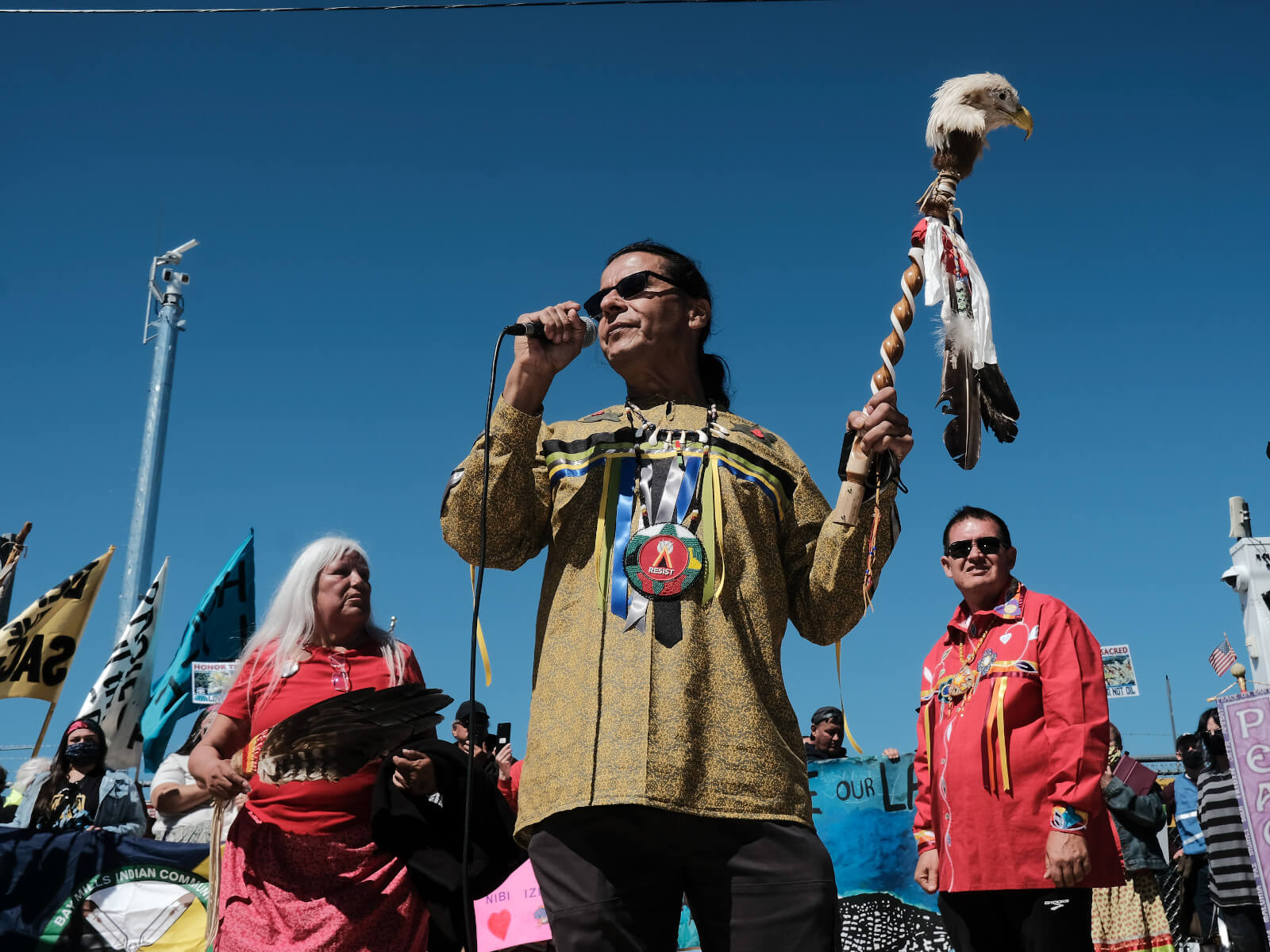 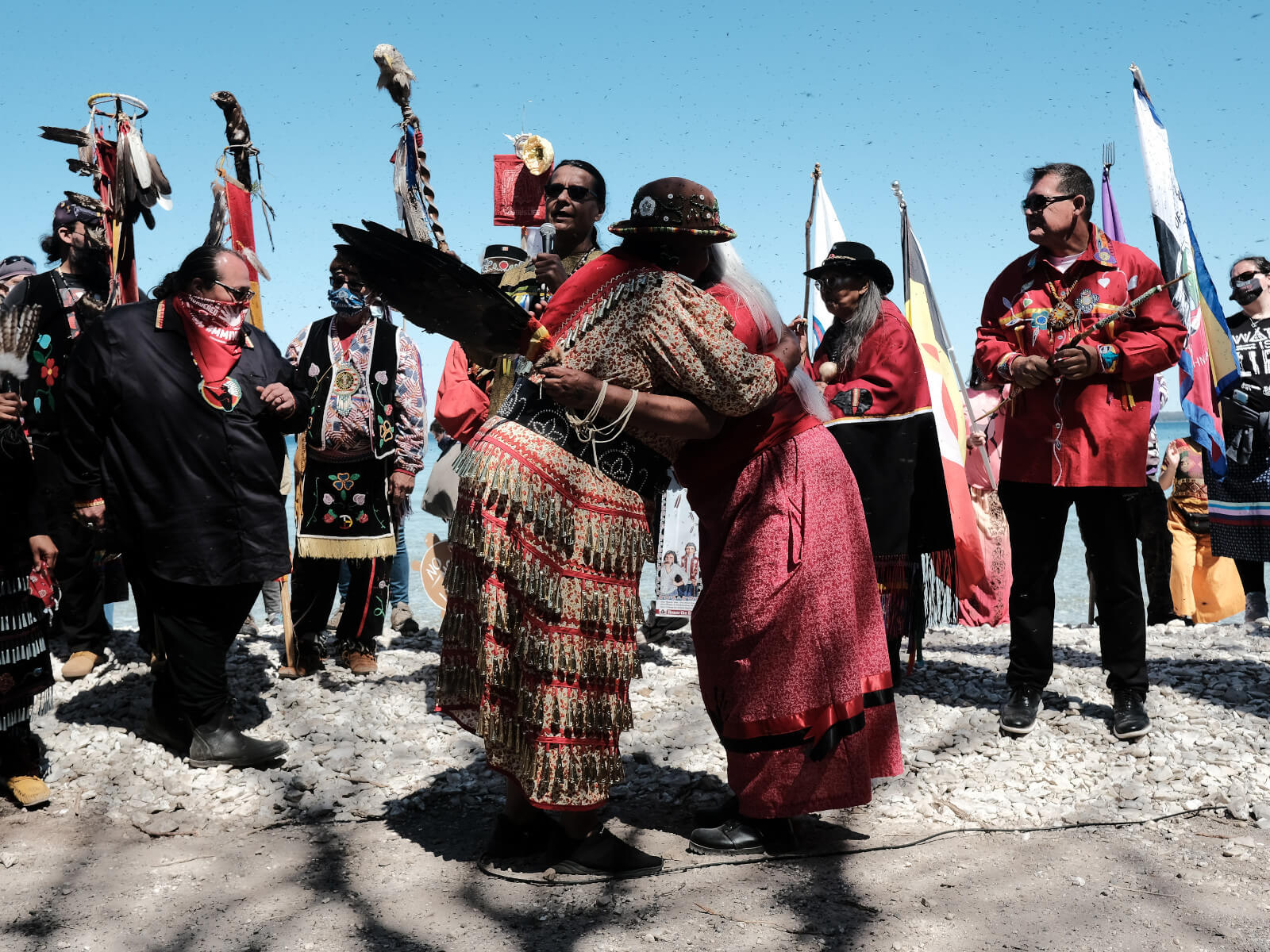 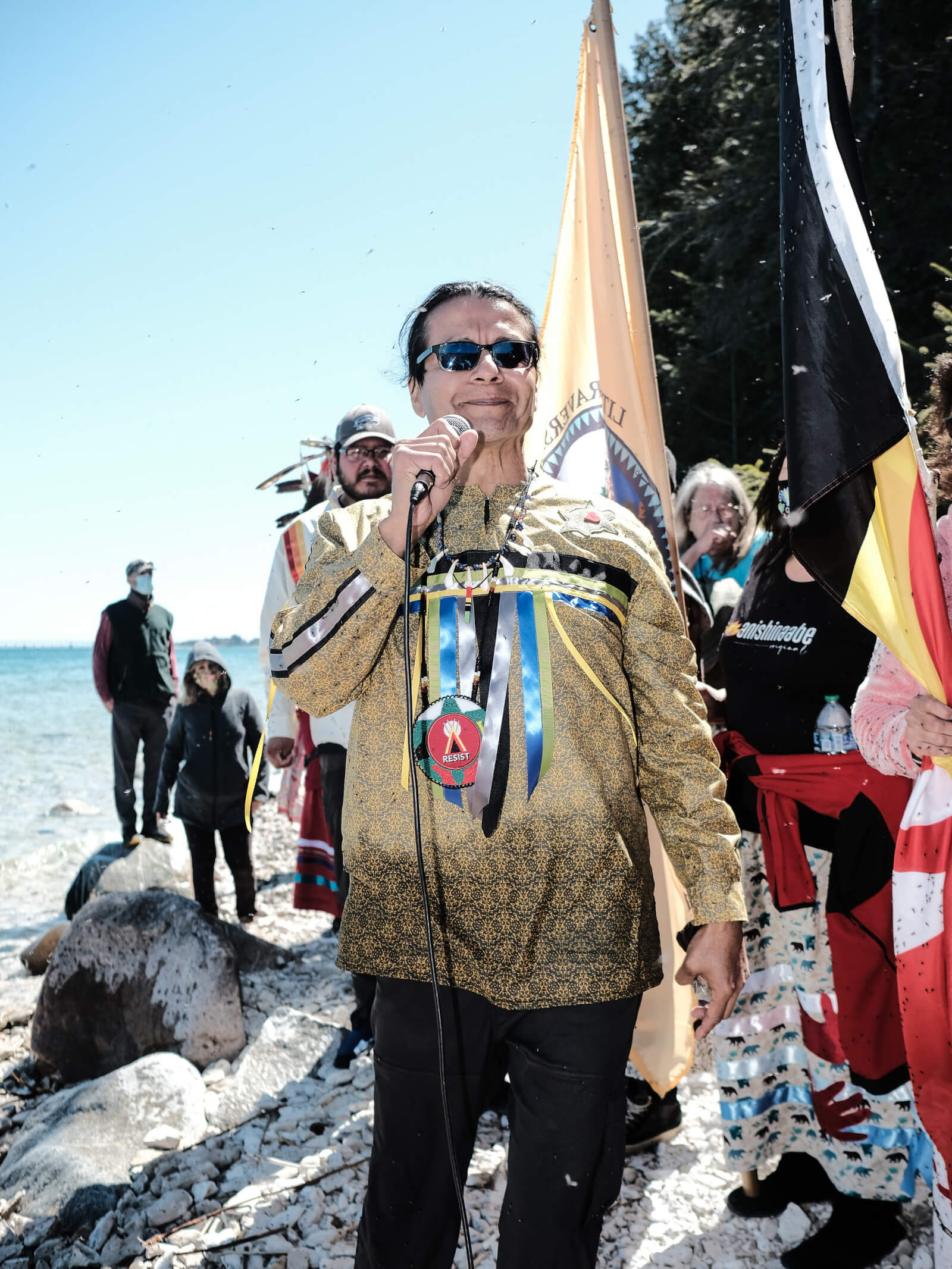 From the library rotunda at the University of Minnesota Duluth, leaders from across the globe gathered to kick off a weekend-long conference about resisting pipeline development in sacred lands.

The three-day seminar, “Pipelines and Indigenous communities: Extractive infrastructures and water-dependent livelihoods,” features Indigenous citizens and water protectors from the Great Lakes regions, Siberia and the Arctic who are all fighting against oil pipelines in their areas.

One of Friday’s keynote panels focused on the Line 5 oil pipeline in Michigan and the Line 3 pipeline in Minnesota, both Enbridge-owned projects that are firmly opposed by surrounding tribes.

Wright, founder of MackinawOde and a citizen of the Sault Ste. Marie Tribe of Chippewa Indians, spoke of Gov. Gretchen Whitmer’s attempt to decommission Line 5 in 2021. Enbridge continues to fight back against the order in federal court, as Attorney General Dana Nessel seeks to have the case heard in state court.

Wright and Anishinaabek teacher and healer Beatrice Menase Kwe Jackson both spoke of Line 5 resistance while tribal citizens from White Earth and other tribes in Minnesota shared their experiences fighting back against the Line 3 replacement project.

Both Wright and Jackson have been prominent figures in the Indigenous-led resistance against Line 5 in Michigan.

Other Indigenous speakers came from North Dakota, Siberia, the Republic of Komi in Russia and the Sakhalin island in Russia.

In addition to workshops and presentations, the speakers gave each other updates on their struggles, as well as advice and words of solidarity for others battling pipeline companies. Participants also shared their peoples’ creation stories and emphasized the importance of staying rooted in culture and tradition.

Much of the discussion also centered on the trauma, struggles and lessons learned by resisting pipelines as Indigenous people who have deep connections with the land and water.

Jackson, who is Tsimphean/Nicola and hails from the Pacific Northwest, has been teaching, healing and preserving traditions in Michigan for many years.

“We have to be smart,” Jackson said. “We have to outthink what’s happening. And we know that we are targets, of course, especially elders.”

Many speakers are veterans of Standing Rock, N.D., where Indigenous activists famously faced off against law enforcement in 2016 to protest against the proposed Dakota Access Pipeline (DAPL).

Wright and Jackson both spoke about their experience there, seeing their people and allies being arrested, and sharing what they learned from that experience.

“Keep your tobacco,” Jackson said. “Keep yourself strong with your sacred water. Do write your own song in your own language, because the water within you hears what you’re saying to keep our culture alive — all the cultures. Keep our language alive, keep our spirituality alive and just keep going.”

Saturday’s keynote presentation will be given by Winona LaDuke, an Indigenous activist, director of the Minnesota-based Indigenous environmental group Honor the Earth and a former Green Party vice presidential candidate.

The final day on Sunday will conclude with a strategic planning session for Indigenous citizens, treaty partners and allied groups to strategize about resisting Line 5.

GET THE MORNING HEADLINES DELIVERED TO YOUR INBOX

Thank you for helping us make the Mother Earth a cleaner and better place to live.